The Oxford Dictionary has included a new word in their 2012 edition—omnishambles, which is defined as “a situation that has been comprehensively mismanaged, characterized by a string of blunders and miscalculations.” The tradition in Thailand is to shortened long words. There is a good chance that omnishambles will enter the Thai vocabulary as something like ‘om’. The shortened word has the kind of sound that sounds like a chant, the kind that takes you into a meditative state.

Last week provided a good example of ‘om’ in overdrive as the Thai authorities sought to limit the damage of a bailed alleged rapist of a young Dutch tourist. 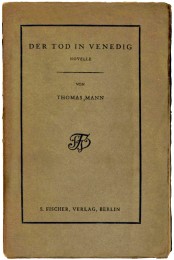 The cover up or denial of unpleasant facts by local officials was immortalized in Thomas Mann’s Death in Venice. In that case it was the mysterious outbreak of disease that officials feared if known would harm tourism. In an economy dependent on tourism when there is a crime against a tourist or an outbreak of a communicable disease, the question is how do the police, courts, prosecutors and other government officials respond?

Do the local officials cover up? That is the Death in Venice solution.

Do they blame the tourist? That was recently the Thai solution to an alleged rape committed by a Thai tour guide against a 19-year-old Dutch woman in July 2012. The facts at hand (remember facts reported in the local press are often only distantly related to what actually happened) indicate as follows. The young woman had been on holiday in on the Island of Krabi. She was on holiday with her boyfriend. On the evening of her birthday, she went to dinner with her boyfriend and a tour guide. The boyfriend left earlier leaving his girlfriend in the company of the tour guide. The way back to the hotel, the tour guide allegedly raped the young Dutch woman. I use ‘allegedly’ because the tour guide hasn’t been tried and convicted of the crime and until that happens no matter how damning the evidence (and in this case from the press reports, it seems the evidence is strong) we must remember he’s innocent until proven guilty.

That said, the evidence (doctor’s medical report, victim’s statement, suspect’s confession, photograph of the victim’s bruised face) suggest a strong case against the suspect, who ran away after the incident. He either went into hiding or managed otherwise to avoid the police for a couple of months. The police finally caught him (or he voluntarily turned himself in according to some news reports). When a court released the suspect on bail, the victim’s father made and released this video on YouTube, which has gone viral with over 400,000 views. His anguish and despair over what happened to his daughter and the release of the suspect on bail pulls at the heart.

From politicians to the police the response has been devoid of anything approaching compassion for the victim or expressions of sorrow and regret over what had happened. Krabi police uploaded two YouTube videos but the second video was removed. According to the Bangkok Post,  the police video “The Truth from Krabi” that was removed had around 50,000 views, 24 likes and 355 dislikes. It wasn’t a hit and became another example of the ‘om’ factor.

But the YouTube video by the victim’s father above remains online with a approval rating that is the opposite of the Krabi police videos. Meanwhile, the media heard a number of officials resort to the kind of rationalizations, justifications, and frankly ugly statements such as because the rape victim had gone to dinner with the suspected rapist that she got what she deserved. Omnishambles is the correct description of the various statements and counter videos made by the police. If you read the comments following the Evil Man From Krabi YouTube video, an overwhelming number of Thais come out in support of the victim and who are shocked and disgusted by the official reaction to the rape suspect being released on bail.

The case against granting bail was a good one. The suspect already had shown through his previous conduct that he might flee to avoid being prosecuted for his crime. Also, the suspect is a tour guide who has committed an act of violence against people who hire him. He’s free to return to his work for tourists who likely would not know he’s facing rape charges. His being out as usual puts other tourists at risk. Would you allow your teenage daughter to use this tour guide knowing he’s a rape suspect? This is strange way to encourage tourism.

In sum: the suspect confessed to the crime, which had been well documented by the doctor who examined the victim. The suspect did a runner. He physically beat up the victim. He raped her and left her on the road. The attending doctor said it looked like she’d been in a motorcycle accident. Despite these facts, the suspect who confessed to aggravated rape was released on bail. He’s back on the street or beach in Krabi and presumably free to continue his line of work.

We learn a lot about a culture by examining the degree of transparency and openness in the process in which they seek to gather evidence, evaluate the evidence, based their decisions on the evidence. We learn a great deal about notions of justice and the equality of treatment without consideration of ethnicity, nationality, or social status. The Krabi rape case is a classic text, like Death in Venice, which shows the operation of law enforcement and the administration of justice up close and personal.

Here’s the first Krabi police video posted in response to the Evil Man from Krabi also on YouTube:

Unless you are fluent in Thai, you won’t follow what the policeman on this video says about the incident. It is just as well that you don’t understand what he’s saying. The explanation is rambling, defensive and not terribly coherent. This isn’t a parody; it is full blown inside glimpse of the sub-culture and attitudes of law enforcement officials. There are no subtitles for the video. It doesn’t seem to be have been produced for an international audience.

Notice the inflection in the voice when he uses the word ‘farang’ and then substitute ‘jew’, ‘Latino’, ‘gay’ or ‘black’ and you don’t need to understand the language to understand the underlining attitude. The tourist is the ‘farang’ the other, not one of us.

The ‘official’ response to the criminal case by those in authority (as opposed to thousands of Thai citizens) exposes a number of important attitudes. First, sensitivity to the suffering of someone who is the victim of a crime of violence is not acknowledged. There is no sense of the huge physical and psychological damage suffered by the victim. Instead, there is a jackboot mentality—we are the boss and we do no wrong. The authoritarian mindset is tailored made for enhancing the omnishambles. The police don’t come across as serving justice or helping the victims of crimes of violence. They are simply scary men who can do whatever they want, and whatever they say is the law.

Second, the only way to get attention of people who run their own little nasty local empires of impunity is to expose them; put them in the spotlight, and let the world judge for themselves whether going on a holiday to a place with police officials with these attitudes and priorities is worth the risk. If something goes wrong and you’re a tourist on holiday, then it is likely your fault. You will be left chanting ‘om’.

Third, police reform has been the subject of many commissions and committees but nothing has ever been done. It is always business as usual. Part of the reason ‘reform’ is so difficult is illustrated in this case. It is not changing a procedure, training in the latest detection techniques, or new uniforms. The aftermath of handling the rape case shows the deep-rooted culture of impunity, a top down military command culture, a culture with a warrior mentality and anyone who doubts, criticizes or complains is attacked.

The Evil Man from Krabi is such an attack against a legal system that is perceived to have committed an injustice. You can see and hear the full arsenal the authorities bring to media. They alternate between justifying their handling of the case, pointing the finger at others, attacking the victim, looking into blocking the YouTube video, and concentrating on how to limit the damage to their face and tourist industry.

Resort locations like Krabi have developed a local economy based on tourism. Millions of dollars are spent to create an international image of Thai fun, hospitality, and service. But the PR machine explodes once the monkey wrench from the dark side is thrown into the works. The Thai authorities, based on statements and videos they’ve released, suggest that tourists are a commodity, someone to be bought and sold, to be marketed to, managed, relieved of money. No one in power was reported as speaking of the violation suffered by this young woman, about her loss of dignity, or about her right to respect as a human being.

The case also exposes the knee jerk reaction of the police and other government officials that it is the foreigner woman who is at fault because of the clothes that she wore or that she had dinner or a drink with the rapist. In other words, foreign women get what they deserve. This ‘evolved’ feudalistic worldview is one where the police, in their mind, are always right. They close ranks. They have the power. You have none. They issue rambling statements of justification. They aren’t used to someone challenging their version of events. The fall back position is usually along the lines of a ‘misunderstanding’ when it is clear that what they claim are the facts are exposed as distortions and lies.

What the officials and police fail to understand is with social media networks across the world, the old true and tested tactics that work to shut up the locals no longer works. They no longer control the information or the message. Millions of people can watch, read, and listen and more importantly question, judge and criticize the officials and police. They seem unable to understand the new world of information which exposes cant, hypocrisy, lies, obfuscation, and excuses for what they are.  Omnishambles exposes them. They have no place to hide.

The danger exposed in Krabi isn’t the suspected rapist who is on bail, but the officials who are in charge of security of the thousands of tourists who flock to the beaches of Krabi and elsewhere in Thailand. If the message gets out that their safety and welfare is not a priority that message has registered loud and clear in this case. When reform finally comes—as it will—the agency behind the reform will be the outward pressure from millions of Thais who take heart that attitudes of those in power will ultimately change.