The Higher Purpose of Murder 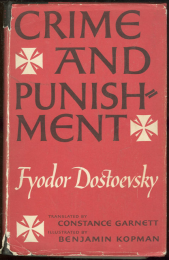 The idea of a criminal as an outsider is a well-established character in modern crime fiction. Ever since Dostoyevsky’s Crime and Punishment published in 1866, we’ve been familiar with the morally superior killer who feels he’s committed no crime. Raskolnikov, the central character, an ex-student from St. Petersburg murders a pawnbroker. His purpose is to end the life of a worthless person and use the money for worthy charitable purposes. The act of using the money to help others cleanses the murder in his eyes. What makes the novel of modern interest is the killer’s belief in that his higher purpose and his personal assessment of the value of another’s life justifies murder.

Raskolnikov’s crime is one that reveals an attitude about the killer’s view of his right to judge, and his calculation that his judgement elevates him above others whose lives are not absolutely secure but conditionally lived according to a moral judgement of value and worth.

This line of reasoning has echoes through modern society. An argument can be made, that drone attacks are a testament to the Raskolnikov’s view of life. Like a pawnbroker, those on the receiving end are thought to have forfeited the right to live by others making a moral judgment. A counter argument is the old pawnbroker in Crime and Punishment wasn’t waging a campaign to contain terrorism or protect the lives of non-combatants. The purpose of drone attacks is to kill people targeted as terrorists or those who are leaders or supporters of terrorism. In the case of drone attacks, a government is carrying out the policy. It isn’t an individual’s morality but a societal higher purpose that comes into play. War is collectivized murder and justified as it is sanctioned by the state. But a state might also sanction the extra-judicial murder of drug dealers, or sending illegal immigrants to sea without supplies knowing they will likely die. The line suddenly blurs very quickly once politics and murder are mixed.

The TV series Dexter features a central character who kills serial killers. Raskolnikov’s game is upped by making the victims morally repugnant, vile, dangerous predators that the criminal justice fails to apprehend, put on trial, convict and sentence. Is Dexter in a higher moral position than Raskolnkov given the difference in the profile of the victim? In other words, do we judge the wrongfulness of murder according to the extra-judicial act of killing by a private individual against the moral worthiness of the victim? This was the dilemma that Dostoyevsky asked us to face.

Richard Stark (A.K.A. [[Donald Westlake]]) in his Parker series of novels has a professional thief who kills those who have betrayed him or shown disloyalty. He has no first name. Stark refers to him only as Parker. The novels are brilliant studies of a criminal who plans robberies with military precision, assembles a reliable crew, and inevitably finds something goes sideways along the way. 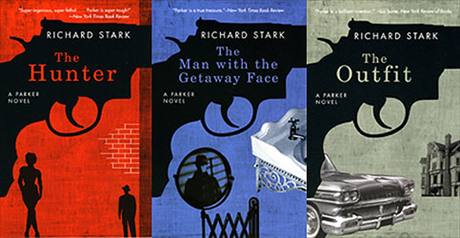 Parker’s code of criminal conduct is to demand honor among the crews he puts together for a heist. When a member tries a double cross, Parker’s morality is clear. That person must die because he violated Parker’s code.  Parker has no sense of remorse or sentimentality in these circumstances. As crime fiction writers, there comes a point in writing about a character where the author must make a decision. When is it justifiable to take another’s life? What are some of the large implications of Parker’s worldview that betrayal justifies a death sentence? And are they in the same category as Raskolnkov, Dexter, and Parker?

My sense is that it is difficult to wean us off the idea that the state doesn’t have an absolute monopoly on high ground where a decision is made about killing. The current discontent exhibited by Occupy Wall Street showing a growing feeling government does not serve the higher purposes of society, but represent an elite segment who justify repression and killing in a manner oddly similar to Raskolnkov. Self-help fills such a vacuum. Citizens claim a moral high ground above their governments. Not only does moral clarity evaporate, people begin to believe they now are the true carriers of the moral purpose.

Like an expanding stain, though, such ideas have a tendency to grow outward, cover more ground, until everyone has their own ‘higher’ purpose and that makes it right for  them to play judge and executioner. We live in world where the Raskolnkovs, Dexters, and Parkers snuff out lives because it serves a higher purpose. It is a short step to view higher purposes with the passion of true believers, where action heroes act like gods. Rather than feeling appalled at such conduct, we find ourselves satisfied that the Judge Dredd’s of society are removing the parasites, the worthless, the morally bankrupt, and the dangerous.

When someone put a bullet into Colonel Gaddafi, an overwhelming number of people around the world cheered. An evil man. Good riddance, they said. They said a higher purpose was achieved in avoiding a trial. One that might have dragged on and inflamed tribal hatred. The point is that in such circumstances, there is always a higher purpose given for the killing. This is a slippery slope that ends in grief.

Collectively we do have higher moral purposes. They are written into laws. Not everyone agrees with all of them (e.g., abortion, gun control, etc). The fabric of society rests on agreeing that the laws and institutions that administer them. Murder for higher moral purpose can never be elevated above those laws and institutions. We vest a criminal justice system with the mission of carrying seeing that these purpose serve society. The problem is less the moral high ground but who stands on that high ground. When individuals claim they have the right to murder, that their murders are morally right, they are taking a page out of Crime and Punishment. Like Raskolnkovs they have committed no crime but added to the moral goodness of the world.

In their warped moral space, the terrorist bomber and the killer of the abortion clinic doctors converge. They kill for a higher good, and by doing so diminish any notion of secure, civilized society. We are rarely tested by the good. Our tests comes when dealing with the most loathsome actors like Gaddafi. The matter of his death, in the end, showed that for many there was no real line of difference between him and them.