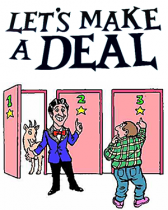 What’s it going to be? Will it be a knife or a wai (or handshake)?

One of the pre-election promises of the opposition Thai political party is to grant amnesty for those charged with crimes after the coup in September 2006. The premise is, if elected, those on both sides of the political divide and their supporters who face criminal charges will be granted a ‘get out of jail free’ card. Though the details as to what conduct and what individuals is vague. Wiggle room is a Siam twin with most amnesty proposals. Finding the Goldilocks just right spot is not an easy task.

Crimes arising from politics or political activity are on the increase in many countries. Thailand is not alone in the category of nation states where those in authority have passed new laws or used existing laws to impose criminal sanctions on a variety of individuals who claim allegiance to one of a multitude of political factions. Such people are public in their opposition to the government.

In the political realm, those in power find it expedient to criminalize collaborations that threatened their own political legitimacy. Those who dissent, challenge or criticize state policy and actions are particularly vulnerable to the long-arm of the law. While there is often a lot of talk about accountability, in practice leaders abhor the idea.

If writers had the power to imprison critics who wrote critically of their work, they would likely exercise their power to throw their critics in jail. Those critics who remained would sing the glory and praises of all writers. What if an author could ban other competing writers from writing books? He or she backed up that authority with the power to jail other writers who continued to write books or said bad things about them. We wouldn’t much like a world where that was possible, but we shrug off a political world where such conduct is becoming common.

It’s not that politicians are much different than the rest of us. They’re not. But they have power of laws, freedom, and they have the guns to back up their authority. That means, just like writers, members of the public should be able to assign a ‘one star’ vote as to their performance and policies.

Social networks have allowed the disaffected in society to cluster their voices. Co-operation and collaboration is easier as is the information exchange between members of various groups. The two most effective ways to blunt the opposing forces is to interdict, censor or ban information and to criminalize activity of those who trade in such information.

The process of implementing such a program has seen blowback in the Middle East. Political crimes are a different category from the usual crimes such as murder, robbery, muggings, assaults and rape. Though in many cases someone who the authorities wish to sideline may find a traditional criminal charges has been brought in order to avoid the appearance of political reprisal. In reality, the line between political and other crimes is often blurred. It isn’t as bright and solid as we would like.

The problem with criminalizing conduct or words in a political context is those who have been made criminals will look for the opportunity to exact revenge once the tables turn and they have achieved power and those who are now out of power are vulnerable.

This tit-for-tat political revenge leads to a spiral of violence and discord that can last for many years. Revenge is one of the most powerful emotions that we experience. Revenge is a high-octane emotion that is difficult to control. It becomes a high-speed car with failed brakes and the driver simply doesn’t care so long as the crash takes down those who caused him or his loved one’s harm.

Revenge also undercuts the system of justice as the system is co-opted by those in power to get even against those who have been turned out. A justice system that is a handmaiden of revenge is not a justice system but a mechanism for institutions to justify revenge in the name of due process. The rule of law shatters. People lose faith in the administration of justice.

While revenge has many flaws and disadvantages, amnesty isn’t necessarily the cure that will always work if put in place. When people are badly divided, feel aggrieved and excluded, and believe that they’ve been repressed—and repression is both a state of mind and physical reality—how willing are they to forgive and forget? Reconciliation is a process that encourages forgiveness. Forgetting is a different matter. People have long memories. But they can be encouraged, in the right circumstances, with the right incentives, to move on.

Amnesty rest on the basis that nothing or nobody can be reconciled unless the cycle of revenge is broken. The tit-for-tat application of criminal law by the in group against the out group, in theory, comes to an end, once everyone is forgiven, the restart button is pushed and everyone moves ahead, leaving the past behind.

One of the hallmarks of our era is the lack of appetite for forgiveness. That is true for the garden-variety non-political criminal as well as the political activists charged with a number of crimes. Emotions are raw in most countries. People are angry and vindictive. You don’t see pundits or leaders (those in power) offering counsel that one should be ‘turning the other cheek’ (and a new generation couldn’t be faulted for thinking that was a medical term rather than one that falls under morality and ethics).

Keeping with the medical metaphor for a moment, checking the pulse of the larger social groups from Thailand to America and most other countries, it is racing. Hot with emotions. Determined and committed. Amnesty is prescribed like the right medicine. But will the patients swallow that medicine or spit it out? One day, we’ll look back on this period as the time when the nation states around the world suffered from high blood pressure and clogged arteries. And no one wanted to take their medicine.

We live in a dangerous time for peacemakers. Olive branches? Greece has gone bust and there is little chance that a brisk business in selling olive branches will bring their economy back to good health. Forgiveness remains one of those feel good words from a long, long time ago. Though, one shouldn’t be fooled by a woolly notion of the past where everyone turned the other cheek. That past never existed. For most of our history, revenge is what our ancestors carried out with ruthless efficiency. Indeed it may have given some groups an evolutionary advantage by reinforcing the bond of trust among those carrying out the revenge.

We only have thought that we’ve turned a corner and an enlightened human nature would allow us to embrace the concept of forgiveness. Despite our perpetual conflicts with one another, we had hope we open a new chapter in our development where those with power would allow others with differing opinions and views a jail free zone to express them.  That, however, is not our world.

Amnesty is based on something more than forgiveness: it also rests on tolerance.

And how much tolerance do you witness in the political sphere? 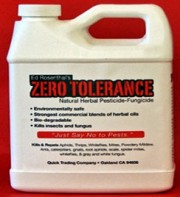 Zero is the number that comes to mind. It is unfortunate that zero has attached itself like a demon to the idea of tolerance, draining it of substance and meaning. Without tolerance, the criminalization process will continue on automatic pilot. No one in power, and no one who achieves power, will have the ability to unplug that machinery. Amnesty in this world threatens to become a temporal space where warring factions can regroup and plot revenge.

In the Monty Hall problem, there were three real choices.

In this version of crime, revenge is the reality check lurking behind all three doors. The ‘modern’ guidebook is the Old Testament with its eye-for-an-eye morality; while the New Testament has become a relic from the analog world. One day Hobbes may be viewed as a prophet for the digital age where every wrong is remembered, in a world where no one can forgive or forget and reconciliation is a distant memory. And Noir fiction may be viewed as a documentary record of our time as future historians look back and marveled at our appetite for revenge.