The End of Neutrality

I grew up in a world where it was expected that judges and juries would be neutral. That neutrality was an essential mechanism to resolve conflicts. Countries were also neutral. Places like Sweden and Switzerland had a long history of not taking sides; by staying on the sidelines as other European countries took off their gloves and brawled in the streets.

I don’t recognize neutrality in the modern world. I’ve been searching everywhere for the retreating remnants of that defeated army called neutrality. People are not just expected but required to take sides. “Either you’re with us or against us”, said that great American philosopher George W. Bush. If there was ever a phrase that marked the end of an era, it came the date that phrase was uttered.

What has happened that we no longer have room for countries and people who are neutral in a dispute? Is it that we feel they are fence sitters? Are they opportunists waiting to take advantage when one side goes down in the dust? Or is it that we feel they lack conviction or courage? We doubt their motives, convictions and beliefs. Friedrich Nietzsche observed: “Convictions are more dangerous enemies of the truth than lies.”

Convictions, like values that underscore them, come out of our emotional well; the place we draw our sense of self and identity. Anyone trying to poison that well with an inconvenient fact is going to be run out of town.

This emotional state pushes back against the intellect unless the rational side supports the emotional boss. This interaction comes with a cost attached. Once there is no neutral ground, no person respected for his or her neutrality, we’ve knocked the stool out from negotiation and compromise. Neutral people aren’t trusted. They make others fear they aren’t vested in their emotional stake or understand how that emotion is connected to their identity.

The Thais don’t want neutral observers on their border with Cambodia to observe the standoff between their army and the Khmer army. The decision supports an emotional feeling about territory and neighbors as well as defining the idea of Thainess. Thais don’t want neutral observers for the elections that appear to becoming soon. The Americans don’t want a neutral UN human rights expert to meet in private with Private Bradley Manning who is being held in military detention and without formal charges. There is little chance that rational, independent arguments will change minds in these circumstances.

The Chinese don’t want the Nobel Peace Prize Committee going to a dissenting citizen and feel that the committee isn’t acting in a neutral fashion in making the selection but is choosing one side over another. And so it goes on and on, around the world, from pillar to stone, from congresses, parliaments, presidents, prime ministers, filmmakers, opinion makers, pundits, and novelists to the far reaches of our species. Every niche filled with quarreling sides, factions within factions, lines drawn on the basis of religious, ethnic, gender, age, nationality. We automatically color ourselves between these social, political and cultural lines as this allows us to live securely inside the comic book we call modern life.

In a world where neutrality is a dirty word the creation and consumption of information is tailored to support the position of one side. Journalism becomes a corporate information delivery system. The Guardian recently had an article about the popularity of crime fiction in Sweden (formerly known as a neutral nation—post NATO sorties over Libya—now known as partially neutral, like those places which have a partially free press). The article takes the position that left-wing sentiment is reflected in the best selling Swedish crime fiction and this is has made it commercially success. By promoting through fictional devices the left-wing agenda, conspiracy theories, such novels have given readers the kind of dark, gloomy world they’ve come to accept as their destiny. 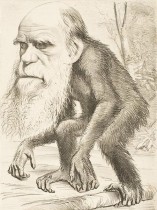 I have a theory why neutrality is in disrepute. It goes to the heart of evolutionary theory. There are no neutral agents or environment in nature. Those who survive do so not by being neutral but by besting the competition inside their niche. To be neutral is to face oblivion. Perhaps neutrality has always been a ‘construct’ a kind of sham that allowed for non-committed people to exert influence in a highly conflicted environment. Emotions provide the heat and passion for those with strong convictions to demonstrate, protest, threaten, intimidate, imprison or murder when issues such as going to war, gun control, legality of drugs, prostitution, abortion or capital punishment are raised. It is difficult to find a neutral referee in such debates who can change the mind of either side or keep the peace between them.

There is another explanation—that we no longer have room for non-participants, non-believers, or non-stakeholders. Such people or countries are thought of with disdain or out of touch with reality. Most places portray those who assume the old position of neutrality as weak, confused or stupid. Neutrality has been downgraded to a kind of mental failure. Power and strength fills the political vacuum and no neutrality will interfere into the pursuit of national interest.

In this post-neutrality world, most democracy no longer act democratically. They have the words but not the action that allowed a place for neutral people to express their views and opinions. Those voices are largely gone. And those that remain are met with silence, neglect or banishment. Most leaders are expected to ignore those who come from a neutral outside source to observe, study and report. 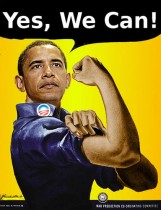 Victory is measured in terms of submission to the principles and desires of the strongest. The losing side eats the dust of history, and shares that buffet with the last of the neutral men and women who no longer matter as the victory parade marches past with the marchers filled with pride, conviction and a vow never to surrender their emotional freedom to someone who might being seen as challenging a cherished delusion.