Some criminals start out young as they embark on a life of crime. Many reasons can be found to explain why someone turned ‘bad’ and adopted the life of an outlaw. One of those reasons is financial. The criminal wants a certain life style that takes money. He has a choice—find a job, save up for the car, the condo, the holidays, to support his partner and dependents. Or if his plans are grand, then no regular job will finance the structure of a life that only the wealthy are able to afford.

Occasionally, there is a criminal who has a broad vision of his future. His life plan could only be financed by winning a super lottery or by crime. 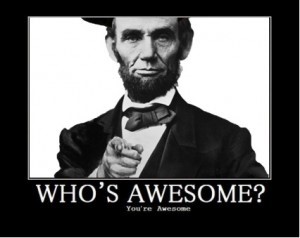 The Bangkok Post carried the photograph and story by ace reporter Sunthon Pongpao about the arrest of Saichol Mailuan.

Saichol (in Thailand people are referred to by their first name) was cornered in Wang Noi district, Ayutthaya by the police in a drug sting. The suspect opened up with his .357 hand gun at a number of police officers. The spent shells indicated he fired 5 times (keep that number in mind, we will come back to it).

The report said that the police were unharmed as they wore bulletproof vests. But there was no mention as to whether the fired shots by Saichol struck anywhere near the vicinity of the arresting officers. If they’d bounced off the bulletproof vests, I have a feeling the vest with the holes would have been displayed for the media.

Saichol’s shooting skills are a valid subject of inquiry, as one of the 5 rounds (remember the number 5, we are getting there) resulted in a self-inflicted wound to his left leg.

In other words, the suspect shot himself in the left leg resisting arrest by a small army of policemen.

That degree of accuracy doesn’t suggest he was a trained marksman or professional gunman. In the photograph accompanying the article (you’ll have to go to the earlier Bangkok Post link to see it, as it is copyrighted, and we wouldn’t want to breach a copyright), Saichol is seated at a table, a crew of non-smiling Thai police officers standing behind him and at his side, the .357 handgun on the table and box of shells spread out so everyone can see exactly what a .357 round looks like.

There are more pictures of him here. 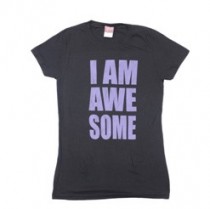 Saichol was photographed wearing a T-shirt with the words—I Am Awesome. That may seem like a young man’s bravado. It would have been quite wrong had the T-Shirt said—I Am a Crack Shot. Awesomeness is something few people can rightly claim at any age, while anyone can learn to shoot a gun.What did the police discover in their investigation of the suspect’s background?

First, he’s quite young–25 years old. I know I said that before. How much living did you have behind you at 25? I’d wager a bet it doesn’t come close to Saichol.

Second, he’d done 5 years in prison for attempted murder, as well as drug dealing and theft (as also reported by Thai-language newspapers). Matichon reported that Saichol confessed that he had been to jail 5 times.   The fact he’s a lousy shot may explain the prior attempted murder conviction.

Third, his ability as a drug dealer rivals his shooting ability. He sold yaba (‘crazy drug’), the Thai phrase for methamphetaimes pills.

Fourth, and here comes that most auspicious number 5 in Saichol’s young life, he has 5 wives. The wives live in 5 different households. 5 houses. 5 rice cookers, 5 TV sets, 5 dental/medical bills, 5 motorcycles/cars, 5 wardrobes. That takes some serious cash. Economies of scale aren’t in his favor. Note to Ministry of Education—mathematical courses ought to teach scaling, power laws, and how to buy food and other stuff in bulk. 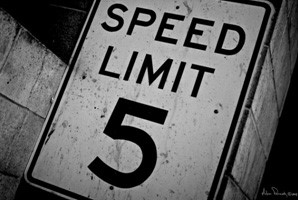 Fifth, there is no mention as to which one of the five shots hit his leg. Was it the first shot? That may explain why he squeezed off 4 more shots without hitting any of the cops. Was he trying some kind of fast draw and pulled the trigger before removing the .357 from his holster? Or was it the 5th shot, and that ended his shooting spree? 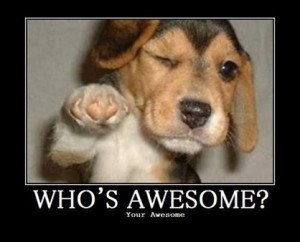 Odds makers in Saichol’s hometown are offering higher odds for the self-inflicted shot coming from rounds 2, 3 or 4. Was he left handed or right handed? If the cops are standing in front of you, how do you shoot yourself in the left leg? It’s these kind of questions you’d think someone would put to the suspect. Perhaps they were but answers are never reported. Why is that? Maybe the sequence of the round will come out in evidence at his trial. Though he will likely cop a plea and there will be no trial and the mystery of the number of the round that hit his leg will remain.

Let’s summarize what we know so far: Saichol is a high testosterone 25 years old, who is a bad shot.  His left leg suffered a self-inflicted .357 hole from one of 5 rounds he fired. He was nabbed red-handed with 1,000 yaba pills.

On his earlier conviction Saichol spent 5 years in the monkey house. He supported 5 Thai wives in 5 different households. He’s been in jail 5 times. 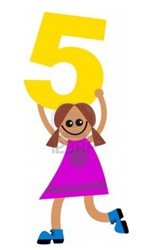 Karma and the number 5 are finely woven into Saichol’s life.

One would have to begrudgingly concede that Saichol has earned the right to wear his T-shirt in his meet the press with the police glowering in the background.

Rumor has it that all of the underground lottery tickets in Ayutthayawith 555 were quickly snapped up after the news of his most recent arrest broke. There has been no word on how his 5 wives will support themselves as their common husband returns to prison. Note to the Press: Visitation rights should be an interesting story to follow up. Will the gang of 5 wives have to draw straws or can they visit as a group? The BBC, CNN and others would follow like a pack of hungry wolves should they appear together wearing T-shirts—He’s Awesome.

The question is whether Saichol will again get another 5-years stretch in the big house, and at age 30 emerge a changed man. Can he go straight? Will he have learned his lesson? Which of the 5 wives will be waiting to greet him upon his release? Can this be turned into a Reality Show? 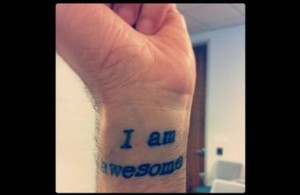 As for that T-shirt—I Am Awesome—it might be the one shirt that he doesn’t want to wear inside the big house. He might think about a tattoo.

Dieser Text erschien am 02.05.2013 auf unserer Partnerseite.
Christopher’s latest Vincent Calvino novel, 13th in the series, is titled Missing in Rangoon and is available as an ebook on Kindle.