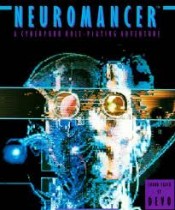 Precognition by Crime Novelists who predict the future

Sometimes a novel is ahead of its time, seeming to write about events that predict the future. In Philip K. Dick’s Minority Report, the idea of precognition allows the police to know in advance about future criminal activity and to stop it before it happens.

The future is that strange, unknowable terrain over the horizon. In the mind’s eye, we speculate on what awaits us on the other side of the present. But speculation is not the same as what actually will transpire. Novelists also speculate about the future. Sometimes they predict the general pattern of what the future will bring; other times they strike gold by predicting an actual event. 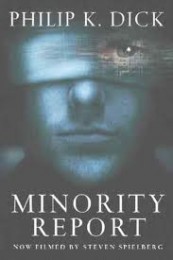 From our vantage point in the present, we can read books that appear to predict what will happen.  A large number of speculative books about the future fall into the category of science fiction. Jules Verne predicted moon shots from Florida. That sounds impressive until you remember that Jules Verne’s launch vehicle was an astronaut shot from a cannon.

Arthur C. Clark foresaw satellite communication systems. George Orwell’s 1984 predicted a future of surveillance cameras, newspeak, perpetual hate campaigns. William Gibson’s Neuromancer anticipated cyberspace and virtual reality. H.G. Wells predicted the importance of planes in warfare, bombing raids by planes, and the atom bomb.
Morgan Robertson’s Futility was a book written fourteen years before the maiden voyage of the RMS Titanic, about a ship called Titan that hit an iceberg on the starboard side and sank in the Atlantic Ocean. The sinking was in April. In other words, many of the details in Robertson’s novel tracked the actual details surrounding the sinking of the Titanic. William Gibson’s take on predicting the future is clear: he can’t. No one can. If he possessed such precognition, Gibson says, he would have written about Facebook, incorporating it into one of his novels years before it came into being.

Science fiction and crime novels can overlap. Philip K. Dick’s Minority Report, where three mutants can predict future criminal activity, is an example. In Minority Report, precognition creates paradoxes. A cop receives precognition about murdering a person he’s never met. If precognition of crime is a possibility, then our notion of free will need to undergo a major transformation. 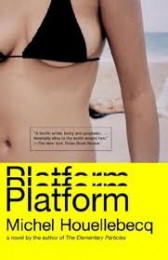 In my recently released novel, The Wisdom of Beer, there is a warehouse heist. The warehouse is filled with weapons destined for terrorists groups. Last week, when The Wisdom of Beer appeared in bookstores in Thailand, the police uncovered a rental premise filled with materials for bombs and the theory of the police is that those materials were being readied for export to possible terrorists organizations outside of Thailand.

Does that mean Michel Houellebecq in The Platform and my The Wisdom of Beer predicted the future? In reality, neither novel predicts the actual place but does come close to predicting the nature of the occurrence of the criminal activity.

Novelists share with the police and others in the law enforcement system an ability to reason based on probability analysis. Predicting the dangerous is about assessing the probability of people, ideologies, politics and opportunities collating over time to create an incident. The future of dangerousness is less crystal ball-gazing than statistical analysis of vast amounts of data, cultural and historical trends, and personalities.

What novelists often do is employ pattern recognition to a vast amount of information, taking into account trends, prior cases, and probabilities. We take the temperature of the body politic and look at whether the patient has a fever and then make a case as to the possible outcome. Modern crime novelists are cultural profilers. We mine the source material and our own experiences in order to create narratives that are plausible outcomes for the reader. To the extent that the profiling works, it seems that we have predicted the future. But, in fact, we have gauged the probability of events correctly. No magic. No voodoo. No precognition. Just an ability to combine ingredients from the past and to present those elements and bake the cake we subsequently recognize as the future.

Christopher G. Moore is a Canadian writer who once taught law at the University of British Columbia. After his first book His Lordship’s Arsenal was published in New York to a critical acclaim in 1985, Moore became a full-time writer and has so far written 22 novels, a non-fiction and one collection of inter-locked short stories. Der Autor beim Unionsverlag, hier. Zu Christopher G. Moores Website.