In what Asian City Should I Set my Crime Novel?

Like most writers, I receive emails from readers. Often they are comments about a particular book. Others write with suggestions and ideas for books. Still a few are people who seek advice about writing crime fiction.

I received an email from a reader who wrote:

“I’m working on a crime novel and recently completed my first draft. My dilemma is that I have no idea which city to set it in. The story’s current setting in Los Angeles, but I’m thinking of changing and starting over. Conventional wisdom and research into past bestseller lists suggests setting the story in either the U.S. or a European capital city and have it involve western characters and values. But the recent shift of power and money to Asia, particularly China, and the fast-growing sales of novels in countries like China and India, is changing everything. Not to mention the huge tourism numbers in places like Thailand and Malaysia nowadays.

So I’m thinking of doing the opposite of most and setting my novels in Asia and finding a niche market there like you do, Christopher. ‘The fishing is best where the fewest go’, as my grandfather used to say. For example, I’m thinking of the capitals of Vietnam, Philippines, Indonesia or Malaysia as a setting as no other western author is writing crime fiction there, to the best of my knowledge.

What do you think? Does the rise of China and Asia mean that it’s better for new authors to write stories set in Asia? And which city in S.E Asia do you think would be a good place to write crime fiction?”

I have been thinking over the best way to reply. In the past, when I’ve spoken before various groups about the Vincent Calvino series, I tell the story of how almost twenty years ago when after Spirit House had been published that my literary agent at the time wrote (we didn’t have email then) about a US publisher who liked the novel and wondered if I could change the setting from Bangkok to Boston. I wrote her back, “Is it okay if I leave everything else the same?” Apparently the answer was ‘no’ as the publisher failed to press ahead.

If you examine the authors who write on this blog, you’ll find a common thread. We all have lived for many years or spent many years in the culture and place where we set our fiction. I think of Matt Rees’s Omar Yussef mysteries, Colin Cotterill’s Dr. Siri’s mysteries, Barbara Nadel’s Inspector Ikman’s mysteries, Quentin Bate’s Iceland mysteries, Margie Orford’s South African mysteries, and Conor Fitzgerald’s Commissioner Alec Blume series set in Italy—the common thread is each of these writers has been immersed in the culture, the history, the language and the psychology of the place where they’ve set their fiction.

It would be difficult to imagine substituting another city or country in books written by my colleagues on this blog. The reality is that their finely developed characters and actions of the police, courts and other parts of the criminal justice system wouldn’t connect with the underlying values, morals, sentiments, or experience of the people who live, work, and are the victims of crimes in another place. 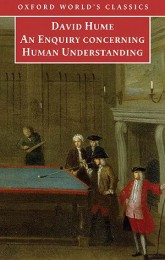 My advice is not to write the novel first and then decide which city is ‘hot’ or ‘trendy’ and rewrite the book, setting it in that place. The book I’d recommend you read is David Hume’s An Enquiry concerning Human Understanding. No, it’s not a crime novel. No, it’s not on The New York Times bestseller’s list. It is out of copyright. You can download it free from the Internet. I urge you to do so. What Hume teaches is the way to understanding is in experience and observation. The testimony of men and women, the reports of witnesses and spectators, and we apply our observations to the veracity of human testimony. It is one of the best guides to interpreting your world, and any new world you wish to move to.

After you finish with Hume, go to Peter Rozovsky’s Detectives Beyond Borders and work your way through the excellent archives, and discover first hand the crime writers who are setting novels in foreign cities. You will learn a lot about how these authors have successfully used a foreign country in a crime novel.

There are no shortcuts. No writing course, no how-to book, no mystery or crime convention that can deliver the material that you will require to set the second draft of your crime novel in a foreign culture.

There are a couple of things that may be helpful and that you might want to keep in mind. Without the experience of ‘place’ no matter how much you try to evolve the character and the crime, your efforts will likely fail. You will have wasted your time and your creative effort will have hit a brick wall. It’s not because you don’t have talent or can’t write; it will be because you aren’t able to deliver a meaningful sense of what it is to experience the place where your novel is set.

Our blog is written by crime writers who have done a reality check on their own work and the books written by others. Each of us (I am presuming to speak for the others and welcome them to jump in on the comments) writes from our personal experience of the place where we’ve placed our series. In my view, a writer who hasn’t spent a significant time in a place won’t be able to hide the ignorance and no amount of time on Google, YouTube, or GoogleMaps will substitute for your actual experience in the place where your book is set.

Our readers buy our books because they have faith that we can deliver a sense of ‘place’ that can’t be found elsewhere. Not in magazines, newspapers, blogs, articles by the bushel basket on the Internet. If there is a secret to why our books have a following, it is a combination of our experience of place, our passion for the culture, language and people, and our attention to the telling details that deliver a deeper understanding of why things are the way they are in a foreign city.

The authors of this blog aren’t tourists who’ve visited a place for a couple of weeks, made some notes, returned “home” and worked them into a second draft of a book that was written before we left. We speak the language of our respective cities. We dream in that language. That’s not to say, everyone who picks up a novel cares about whether the novel has any connection with the reality of a city, and peppering the story with second-hand information wouldn’t be enough to satisfy many readers. In that case, I’d ask if you’d be proud to have your name on the cover of such a passing off?

You might say, “I am not writing for people who know these cities well. I writing a great story and exotic locations will add an element to the atmosphere. And Asia is hot, and people like exotic cities.”

My reply would be, “There’s a place for all kinds of stories and ways of telling a story. One factor to keep in mind: an author’s credibility as a storyteller depends on whether the world he or she is creating is solely a product of imagination, or whether he or she is asking the reader to believe the ‘place’ is a real, authentic place. If it is the former, then write that second draft as science fiction or fantasy. If it is the latter, find a city where you have the passion for the food, people, weather, culture and history. Move there. Live there for a year or two. Learn the language. Experience the culture. Then take out that first draft and see how much of it makes sense when set in this new place that you live.”

By the way, best of luck on that “fishing trip.” You have a chance to catch a trophy fish once you learn from the locals who live in that Asian city the art of baiting the hook.