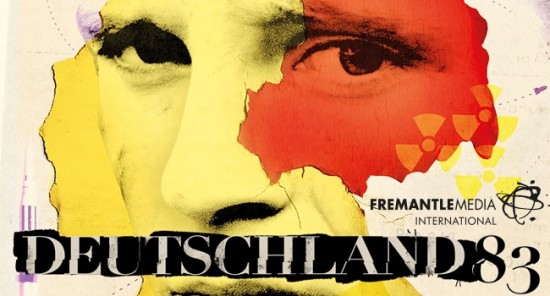 A DUTIFUL nephew recruited by the Stasi for spy duty in 1983 is the spine of
a television series set in a fearful, transformative period of recent history.

Germany at Ground Zero
America vs. the ‘Evil Empire’

Berlin days of ‘Over the wall, under the gun’

Let us remember the dreadful year 1983—the eighth of March, to be precise, when the world held its collective breath in anticipation of an address by President Ronald W. Reagan of the United States to a Florida assembly of virulently anti-communist Christian fundamentalists.

Mr. Reagan’s speech presaged his installation of Pershing ballistic missiles in West Germany—a threat to East Germany, then bristling with equally powerful missiles provided by the Soviet Union. All three of states are gone, leaving in their wake a weltschmerz.

For Americans of Mr. Reagan’s ilk, fear was the sine qua non of political cohesion in the 1980s. His speech on March 8, before the National Association of Evangelicals, is the opening scene of a German television series this fall—“Deutschland ’83.” Full of fire and brimstone, the Hollywood actor-cum-president declared:

Yes, let us pray for the salvation of all those who live in…totalitarian darkness. Pray they will discover the joy of knowing God. But until they do, let us be aware that while they preach the supremacy of the state, declare its omnipotence over individual man, and predict its eventual domination of all peoples on the earth, they are the focus of evil in the modern world…I urge you to beware of declaring yourselves above it all…to ignore the facts of history and the aggressive impulses of an evil empire, to simply call the arms race a giant misunderstanding and thereby remove yourselves from the struggle between right and wrong, and good and evil.

Americans of a certain age (many of us anyway) recall shuddering at this, and imagining how frightening the situation must have been for ordinary Germans on either side of their national divide. Barely a generation removed from defeat and genocidal ravages of World War II, the German people of 1983 were at Ground Zero of deadly hostilities between the principal victors and tenuous allies of that war, the U.S. and Russia; in between the world’s only two nuclear powers, ordinary Germans lived with the existential fear of immediate annihilation.

Tensions between Russia and the North Atlantic Treaty Organization were fierce. Daring escape attempts, known as “Over the wall and under the gun,” were made from East to West Berlin nearly every week; and the Soviet air force shot down a Korean Air Lines flight 007 from New York to Seoul via Anchorage—claiming that the civilian plane carrying more than two hundred sixty passengers was, in reality, an American spy mission meant to provoke world war.

Meanwhile, a peace movement was in full swing throughout Europe, united under the antiwar anthem “99 Luftballons.”

Such history, such mood and brave music, must not be allowed to evaporate with time. To forget is to become lost.

Art is the servant of critical remembrance. And now comes the necessity of “Deutschland 83”—an eight-part television Cold War series recently aired in the U.S. (with English subtitles), and soon to be seen in Germany. Its creators are Anna Winger, the Berlin-based American novelist, and her Köln-born husband Jörg Winger, producer of the popular German TV crime drama “Soko Leipzig.” Ms. Winger, who authored most of the scripts, based her work on interviews with politicians of the 1980s, historians, military intelligence officers from both East and West—and Klaas Voss, espionage scholar at the Hamburg Institute for Social Research. Mr. Winger becomes the first German TV producer to see his work début in America.

Filmed in part at the Stasi Museum in the eastern part of contemporary Berlin, “Deutschland 83” has the requisite retro feel: clunky rotary telephones appear in many shots, along with vinyl-coated swivel chairs, ugly wooden desks, and non-stop cigarette consumption. Humor and romance abound—human instincts terribly dear at times of danger. The dramatic effect involves a whole new generation in a perilous universe of not so long ago. For one of the actors, the pull is personal.

“It was quite weird to go to this place if you know what terrible things happened there,” said Sylvester Groth, who portrays a Stasi official in the series, and who turned in a chilling performance as Nazi propagandist Joseph Goebbels in the 2009 Quentin Tarantino film “Inglorious Basterds.” As an East German resident in the 1980s, Mr. Groth, now 57, was followed and intimidated by Stasi agents after he defected to the West during a run of theatre performances in Salzburg, Austria.

The series focuses on a young East German officer named Martin Rauch (played by Jonas Nay) and his Aunt Lenora (Maria Schrader), a Stasi operative. Aunt recruits nephew to masquerade as an aide-de-camp to a West German general privy to NATO secrets.

Ms. Winger told journalists in New York, “There’s so much focus in Germany on World War II that sometimes it feels like history ended in 1945.” Little in German popular culture, she said, “addresses how we got from 1945 to the period that we’re living in now.”

How best to fill the gap? The Wingers tell a story with a twist, from the perspective of a young man loyal to his Aunt Lenora who simply does what he perceives to be right and dutiful.

In its review of the series, the New York Times said the production “sheds light on a transformative time, when it felt as if the Cold War would never end, yet in fact [a time when] momentum was building for the collapse of the Berlin Wall six years later.”