What We Talk About When Jazz Goes to the Movies

The 1958 film, “I Want to Live”, starring Susan Hayward, is the story of Barbara Graham, the first woman to be executed in the California gas chamber for her part in a armed robbery. Graham was a jazz buff, and the opening scene takes us into a San Francisco jazz club and sets the tone for the entire film.

The score by Johnny Mandel, features an all-star band comprised of some of the great west coast players of the time. Trumpeter Art Farmer, trombonist Frank Rosolino, saxophonists Bud Shank and Gerry Mulligan, pianist Pete Jolly, bassist Red Mitchell, and drummer Shelly Manne. But what distinguishes this opening scene from so many jazz inspired films, is we see the musicians actually playing what we’re hearing on the sound track as the camera pans around the club

All too often in films showing a band playing, the musicians are obviously miming the prerecorded sound track. The audience rarely catches this, and if pointed out—as I have done numerous times—is not bothered. But for musicians and jazz fans alike, hearing the drummer playing on a cymbal with sticks when we’re hearing brushes on a snare drum is disappointing. In fact, most films featuring jazz are disappointing.

Film biographies involve actors portraying musicians present another problem. “Young Man With a Horn”, loosely based on Dorothy Baker’s novel about cornetist Bix Beiderbecke, featured Kirk Douglas miming to Harry James trumpet. Jimmy Stewart in The Glenn Miller Story,was tutored on how to hold a trombone and work the slide, as was Steve Allen for his clarinet playing portrayal in “The Benny Goodman Story”. In these films, the actors are taught to look like they are playing. Some are more successful than others.

Despite Shelly Manne’s guidance, Frank Sinatra was not very convincing as a drummer in “Man With The Golden Arm”, for Elmer Bernstein’s score. “The Gene Krupa Story” fared better with Sal Mineo, because Mineo actually did play drums, although Krupa recorded the sound track. Sometimes, the tutoring takes a humorous turn.

During the filming of “The Glenn Miller Story”, Stewart’s teacher wanted to quit halfway through. “Why?”, Stewart wanted to know. “I can’t stand the noise you make on the horn”, the tutor replied. They finally stuffed the trombone with  rags to muffle the sound, and filming continued.

This problem was solved by “Round Midnight”. French director Bernard Tavernier’s aim was to recreate the life of American jazz musicians in Paris. The principal character, with the unlikely name of Dale Turner—more country n’ western that jazz—was played by tenor saxophonist Dexter Gordon, who received a best actor nomination for his work. Gordon had spent over fifteen years living in Europe. The other musicians included were Herbie Hancock, Billy Higgins,  Bobby Hutcherson, Freddie Hubbard, and Tony Williams.

The Dale Turner role was meant as a kind of composite of Lester Young and Bud Powell. For the most part, Tavernier was successful. The music was right, the musicians were right, the atmosphere of jazz musicians in Paris was captured authentically. 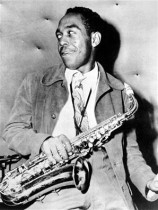 With the exception of “Round Midnight”, Clint Eastwood’s “Bird”, the story of legendary saxophonist Charlie Parker was far more convincing than previous films about the jazz life. Eastwood cast Forest Whitaker, a relative unknown actor at the time to portray Parker—Milos Foreman did the same when he settled on F. Murray Abraham for the role of Mozart’s nemesis in “Amadeus”—rather than Richard Pryor. Pryor was the studio’s first choice for Joel Oliansky’s script, but  Eastwood maintained the audience would see Richard Pryor the comedian, not Charlie Parker the musician. Pryor withdrew from the project and Eastwood cast Whitaker.

Oliansky’s script drew heavily on Chan Parker’s unpublished book “My Life in E Flat”. Eastwood also hired trumpeter Red Rodney, who had played with and knew Bird well as consultant. Rodney’s amusing contribution was his account of Bird playing with Rodney, Thelonious Monk, and Art Blakey at a Hassidic wedding gig, and a tour of the racist south where Rodney was passed off as an Albino blues singer. Rodney also played all the trumpet parts.

Eastwood’s attention to detail also contributed to the film’s authenticity. All the playing in the film was actually Parker. Rather than use a Bird imitator such as Charles MacPherson, who can fool even other musicians  Using new technology, Niehaus edited out the rhythm sections on the original Parker recordings, and added current players to the mix.

Eastwood also provided a brilliant recreation of 52nd Street and the jazz clubs of the period. He also found a kinescope of the Tommy Dorsey television show that Parker was watching in the home of Baroness Nica de Koenigswarter when he collapsed with a heart attack at age 34. All things considered, Bird was a film made by someone who loved jazz and was determined to bring to the screen a visual and musical celebration of the of the man, his music, and his life.

There are, of course, other films  notable for at least their music scores. Miles Davis’s free improvisation on “Elevator to the Gallows”, and Duke Ellington’s score for “Anatomy of a Murder”.

Two other jazz inspired films warrant mention, although they are on opposite ends of the spectrum. “Mo’ Better Blues”  had great potential. Spike Lee directing and Denzel Washington starring as a troubled trumpet player, juggling women, ambition, and jealousies within his band. But the film takes a sharp turn. This is supposed to be a film about jazz, but one long scene features Washington singing a rap song about pop music. Credibility plummets lower when a bad beating damages Washington’s lip. Lee was perhaps thinking of Freddie Hubbard. A year later, he returns to the club he had once packed to discover he can no longer play. Didn’t he try at home first? No musician would show up so unprepared.

Frank Conroy’s small budget independent film  “The Gig”, starring Wayne Rogers is far superior as it explores the essence of jazz, and the enthusiasm for the music. An amateur band finally gets a real job and, and the film goes behind the scenes  rehearsals and performances that emphasizes the difficulty of playing jazz

One of the musicians, despite his enthusiasm falls short and has to be dropped. When he defends his playing, he says, “I love jazz, this isn’t fair.” The bassist, a professional, last minute replacement who once played with Count Basie, replies, “Sometimes that isn’t enough.”

And that’s what jazz is all about. 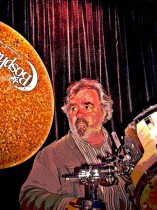