The Shooting of Lee Morgan

If ever jazz and crime met on a collision course, it was on a cold February night in 1972 at a jazz club—ironically called Slugs—in New York’s lower east side. On the bandstand in the packed club was legendary trumpeter Lee Morgan with his newest working group that included drummer Billy Higgins, pianist Harold Mabern, bassist Jyme Merritt, and saxophonist Frank Mitchell. 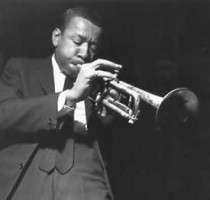 After more than a decade of heroin addiction and rehab, Morgan’s career was once again on the upswing. He looked good, sounded good, and it seemed once again his future was bright. But the night was cut short by an argument over another woman with Morgan’s common law wife, Helen More, who shot and killed the trumpeter with a gun Morgan himself had purchased for her protection.

Considered the original young lion, Morgan’s rise in the jazz world was startlingly fast. Following in the footsteps of his hero Clifford Brown, there was a talent and maturity to his playing beyond his years. He joined Dizzy Gillespie’s big band at age 18. Two years later, he became a member of Art Blakey’s Jazz Messengers, and made several of Blue Note recordings under his own name. But there was also a downside.

The early 60s was a period of rampant heroin use among musicians, and like so many others, the young, impressionable Morgan fell into the trap of addiction. Despite his reputation as a player, he was also known for drug use and chronic no shows. By the time Morgan met Helen More, he had nearly reached bottom, despite critical success of his hit. He even had a hit record with his composition  “The Sidewinder,” and several other recordings under his own name.

Helen More was ten years Morgan’s senior, the widow of a bootlegger in North Carolina, and the mother of two children. Her late husband’s family relocated her to New York where she got a job and began frequenting the after hours jazz clubs. More knew nothing about jazz, but was drawn to the jazz life and eventually got her own apartment on West 53rd Street, not far from Birdland. “Helen’s Place,” as it became known, was a safe haven where musicians could count on a hot meal, a warm atmosphere and More’s strict policy of no drugs. It was there that she first met Lee Morgan.

He had pawned his winter coat as well as his trumpet. More’s heart went out to the young musician. She got his coat and trumpet out of the pawn shop, and shortly thereafter, Morgan moved in with Helen More, and she became a stabilizing force in his life from that point on. More nursed him back to health and guided the young trumpeter on the road to rehabilitation and recovery. 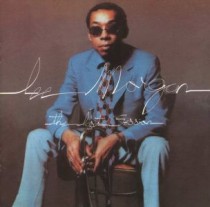 Lee Morgan was her project now and she was convinced she could get him back on track and working again, but it was a struggle to keep him away from drugs. She convinced club owners Lee would be on time and ready to play. Eventually, she booked him at the Lighthouse in Los Angeles, The Jazz Workshop in San Francisco, as well as other venues in Chicago, Detroit, and other cities around the country. Morgan left all band business in Helen More’s hands. She did the negotiating, arranged transportation and hotels, while Morgan rehearsed his band and continued to compose. But his grip on reality began to slip and he started trading cocaine for heroin. It was then another woman entered the picture. She was younger, closer to Morgan’s age, a fact not lost on Helen More.

Eventually, the situation became too much for More. Depressed about Morgan’s slide back into drugs, and his involvement with another woman, More attempted suicide. Morgan found her and got her to the hospital in time, but the incident was a turning point in their relationship. She promised to continue handling Lee’s affairs, but could not accept his interest in the younger girl. More even talked to the girl, and prophetically warned her that something bad was going to happen, but her words fell on deaf ears. She decided she would go to Chicago to visit friends. They would reevaluate their relationship when she returned.

They tried again but More and Morgan both knew it wasn’t working. Lee was back on the streets, shooting cocaine, and still seeing the younger woman as the gig at Slugs began. But More found it difficult to give up on Morgan. Despite her better judgment, she decided to just stop in and say hello at Slugs. A gun Morgan had bought her for self protection was in her handbag.

While talking with Morgan, the young girlfriend interrupted them, saying she thought Lee wasn’t supposed to be with More. Morgan reportedly said, “I’m not with this bitch. I’m just telling her to leave me alone.”

Angered, Helen More slapped Morgan. They scuffled and he pushed her out the door, telling the bouncer not to let her in the club again. But More did return, pushing past the bouncer with the gun in her hand. Enraged, Morgan rushed toward her. She then raised the gun and shot Morgan, then threw the gun down as the audience scrambled out of the club.

Helen More spent several week at Rikers Island awaiting trial. She pled not guilty, and was eventually sentenced to several years in prison for the shooting. Following her release from prison, More returned to her native North Carolina where she lived until her death in 1996. The younger girlfriend was never seen or heard from again.

After the shooting, More broke down in hysterics as the police and ambulance arrived. She ran to Morgan, saying she was sorry.

Morgan said, “Helen, I know you didn’t mean to do this. I’m sorry too.”

Lee Morgan was dead at age 33.