Jazz in Fiction: It Don’t Mean a Thing If It Ain’t Got That Swing

The basic difference between classical music and jazz is that in the former the music is always greater than its performance—whereas the way jazz is performed is always more important than what is being played.—Andre Previn

Despite its rich history and colorful characters with names such as Bird, Dizzy, Fats, Jelly Roll, and Willie The Lion, few writers of fiction have explored the world of jazz. In most cases, writers who have made attempts have done so by either peppering their stories with famous jazz names, or sprinkling liberal doses of what passes for jazz jargon in the dialogue. From many such readings, one would think jazz musicians only say things like, “Hey, Man,”, “Go Man Go!” or “You cats sure were swingin’ when you played those funky riffs.” There are, however, some notable exceptions. 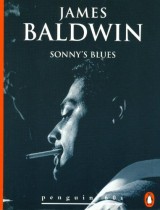 Dorothy Baker’s novel “Young Man With a Horn”, James Baldwin’s short story “Sonny’s Blues,” and John Clellon Holmes’ “The Horn”, are rare examples. Capturing the jazz world—both the music and its musicians—is a process that reveals the difficulty for the non musician, and why most attempts are unsuccessful. To write authentically about jazz, the writer must immerse himself in the music, or be so close to it as to almost be part of it. But second hand experience falls far short of the real thing, as novelist James Jones discovered with his own abortive attempt at a jazz novel.

Living in Paris after the success of “From Here To Eternity”, Jones decided to pursue his interest in jazz by writing a novel based on the life of French guitarist Django Reinhardt. An incredible musician, and one of the first foreign jazz musicians to be highly regarded by Americans. Reinhardt was legendary. His early death, his strange, haunting legacy, made Jones think he would be a ready made subject for a novel.

In preparation, Jones haunted the Paris jazz clubs where Reinhardt had played, absorbing atmosphere, talking with musicians who had played with him, as well as the guitarist’s widow and brother. The more people he talked to, however, the most confused Jones became. There were conflicting stories about Reinhardt. The only consistent fact that emerged was that the troubled guitarist “had played incredibly beautiful music.” Perhaps realizing that he could never truly enter the musician world Reinhardt had inhabited, Jones eventually abandoned “No Peace I Find”, the project’s working title altogether.

Nothing like James Jones’ experience stopped Dorothy Baker. “Young Man With A Horn” in 1938, was done with a fan’s dedication and a researcher’s fervor as she gathered information, background and atmosphere from musicians in New York City. Like Jones, Baker’s subject was again, a legendary character, cornetist Bix Beiderbecke, whose brief meteoric rise in jazz was eclipsed by an early death to alcoholism at age twenty eight with only a fraction of his talent explored. He was in many eyes, the music’s tragic hero, a jazz version of poets John Keats or Rupert Brooke.

Despite its faults, Baker’s novel is one of the earliest attempts at jazz fiction, certainly the first entirely focused on a jazz musician. Baker manages to evoke quite accurately a glimpse into the life of her character Rick Martin.

In 1956, James Baldwin published “Sonny’s Blues,” one of the most anthologized stories, and arguably, one that contains some of the most insightful observations on and about the jazz world. Here literary excellence and jazz authenticity come together in harmony. Rather than basing a story on a musician, Baldwin uses the music to delineate character, evoke the post war Harlem atmosphere, and illustrate the chasm —musical, cultural and philosphical—between two estranged brothers who meet for the first time in several years at their mother’s funeral.

The narrator comes to know his younger brother Sonny’s world through the jazz that Sonny plays, and in the process discovers something about his own identity when he is temporarily admitted into the inner circle at a jazz club that has become Sonny’s surrogate family.

One scene is especially notable for Baldwin’s observations and descriptions of music as it is being played:

“All I know about music is that not many people ever really hear it. The man who creates the music is hearing something else, is dealing with the roar rising from the void and imposing order on it as it hits the air. What is evoked in him then, is of another order more terrible because it has no words and triumphant too, for the same reason.”

This is the outsider trying to comprehend an alien world, the life of a jazz musician, and the importance of the music to its characters that goes beyond the bandstand.

John Clellon Holmes novel, “The Horn”, began life as a short story, “Afternoon of a Tenor Man,” recounting the musings of young saxophonist Walden Blue, as he reflects on the previous night’s jam session in which he had emerged as the victor in a “cutting contest” with one Edgar Pool, a legendary veteran known simply to one and all as “The Horn.” Blue’s concern for the older musician, who is clearly on the way down, prompts him to search out Pool’s friends, loves, and enemies. In the process, we learn more about Walden Blue, Pool, the rigors of the jazz life, and the difficulties of survival in such a world.

Holmes not only gets into the minds of the his characters, but he also quite accurately reproduces the view from the bandstand through the eyes of the musicians. By basing the character of Edgar Pool on a composite of Lester Young and Charlie Parker, and a supporting cast that to jazz fans is recognizable as Dizzy Gillespie and Billie Holiday, Holmes captures the jazz world that is often unforgiving and ungiving in its appreciation for its heroes in a way that has not been done before or since. Holmes said, “at times, pencil pushing along the page, I fancied I knew what it was like to be them.”

If nothing else, Holmes managed the difficult feat of describing music that is gone the instant it’s played. Jazz is a special world one has to know, love, or be a part of, and thus far, it is yet to be determined if there are any heirs to the Baker, Baldwin, and Holmes legacy.