All posts by James Grady 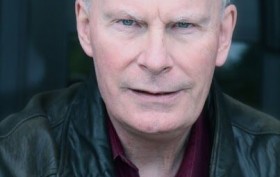 Jungleland by James Grady             Outside where your world now shelters race the streets of our gone yesterdays that made sense. ‚Wasn’t that you knew what was going on, was that you could feel the walls around you, the floor beneath your feet.              Those yesterdays left on a midnight virus train from the minds of Albert Camus, Stephen King, Edgar Alan Poe, Kurt Vonnegut and zombie movies.              Movies, what will we do now to fall in love with the magic that only comes from seeing movies together, strangers sharing a cinematicRead More

James Grady: Our Year of the Beast

2019 is the year crime exploded our imaginations.             A year where „trustable“ newspapers‘ headlines read like mashups of Orwell and YouTube, „Blade Runner“ and „The Godfather“, „Mr. Robot“ and „Condor“, while we all struggle to be more than a data click.             Marvel at this year’s data.             Oil companies helping murder the planet their grandchildren need. Squads of killer cops roaming a country celebrated for sensuous sambas of love. Squads of killer cops roaming a dozen other countries. Bullies (finally) popped like balloons by brave women’s bullets. „Respectable“ banks from Panama to Switzerland toRead More