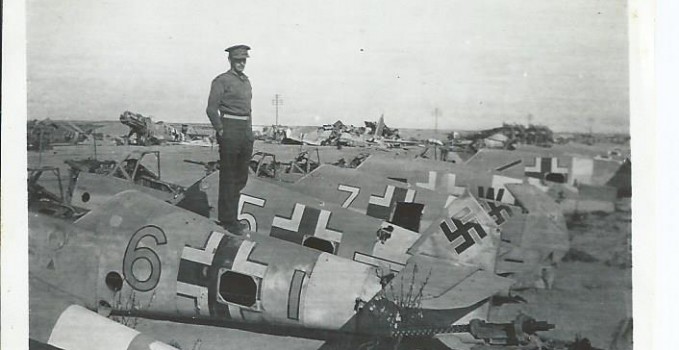 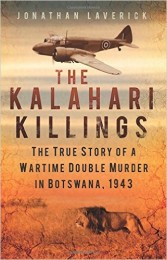 A coherent and gripping whodunit

In 1943 two trainee RAF pilots were forced to abandoned their aircraft in deep Botswana. They left a note explaining they were looking for supplies and were never seen again. Local Bushmen in the area who had been hunting Giraffe were later charged with their murder following the discovery of human fat in a jar that one of them had. 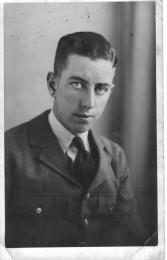 Jonathan Laverick is a former Maths teacher and now Director of A levels at one of the most prestigious high schools in Gaborone. He has a love of flying and aircraft to which other enthusiasts can relate. The Kalahari Killings arose out of his love of flying when he tried to acquire a Tigermoth and stumbled across the story. Having lived in Botswana since 1998, he has a real love of the country, having seen it grow exponentially since then. Laverick has managed to combine his love of aviation, his love for Botswana, in a gripping true-life whodunit which neatly explodes the myth of a people, with profound implications that are still felt today. And Laverick is not afraid to discuss these implications in his book.

Botswana is a large country, almost the same size as France, with a small population of about 2 million people. Covered mostly by desert with small areas of habitation and known for the Okavango Delta, a recently awarded world heritage site. Botswana boasts some of the best wildlife viewing in Africa and is also home to the First People known, as the San, Bushmen or Baswara. The last term is controversial with the preferred use being either San or Bushmen.

The events in Kalahari Killings take place during the Second World War in Bechuanaland, a former British Protectorate, as Botswana was formerly known. Being a Protectorate meant that Botswana was never officially colonized. At the time, Bechuanaland was a vast, arid country with little more going for it other than beef exports. The administration by the British was desultory at best.

Very little is known about Southern Africa’s contribution to the war and the use that Britain made of her colonies. Even less is known about Botswana’s war efforts which given the size of the population at the time was impressive. Laverick skillfully combines the history of Botswana, the second world war, a passion for aviation and crime scene investigation circa 1943 with the attendant court proceedings.

The Kalahari Killings tracks learner pilots, Gordon Edwards, and Walter Adamson’s careers till the fateful day on 4 October 1943 when they were forced to land their aircraft. Some weeks later their abandoned aircraft was found on a salt pan over the border in the Bechuanaland Protectorate. They had exited the plane, unscathed, and left a note explaining their movements. They were not heard of again.

After seemingly vanishing into thin air, investigations revealed the grisly details that the two men had been murdered by a group of San people. The San people, known for being peaceful, had done the unthinkable. They had murdered two white British men. Such an act sent shivers down the backs of the colonists in Southern Africa. Laverick captures the sensationalism of the case at the time, held in the sleepy town of Lobatse which was catapulted into the international limelight.

The gruesome details which began to emerge were enough to create worldwide focus. Laverick manages to weave the cultural details through the legal aspects of the case. He highlights the difficulty that the various parties had in the court as there was no direct translation from English into San or vice versa. Everything had to be translated first into Setswana and then into San or English. Not being content with leaving the story with the judgement being given, Laverick tracks the later developments of the accused, their people and their land. In so doing he gives a sense of poignancy to the history of the country and makes real the effects of British Colonialism.

Successfully combining a multi-threaded story into a coherent and gripping whodunit with his passion for flying permeating throughout, Laverick has created enjoyable and historical read. Kalahari Killings has a cross genre appeal, for socio-history buffs, flying aficionados and those who simply enjoy a murder mystery with a difference.

I was privileged enough to read the draft. Kalahari Killings is available in most (online) book shops.